Biodynamics and the Space Cow 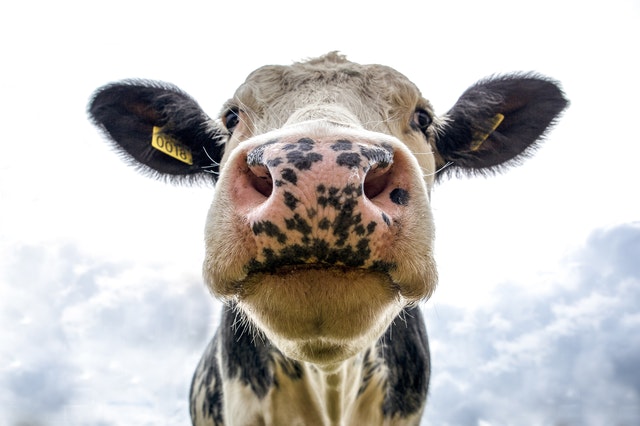 How to slip on a cow horn

An excellent journalist like Mattia Feltri, who I always read with pleasure on La Stampa di Torino for his ability to grasp contemporary facts with intelligence and wit, this time he also slipped, like Senator and Scientist Elena Cattaneo, on a cow horn!

Feltri reports and marries the intervention of the senator against the financing of biodynamic agriculture, which is defined by her as an antiscientific, esoteric and witchcraft practice!

Perhaps it is the effect of too much reading of D’Alambert, Voltaire, Diderot, Rousseau, etc., the great Enlighteners who came to define the time before and preparatory to the great Italian Renaissance as a dark age, that is the Middle Ages (sic!).

Too many times we have witnessed operations of simplification of complex realities – and life is at the highest level – by the so-called Science!

Forgetting the lesson of Shakespeare that makes Hamlet say:

There are more things in heaven and earth than are dreamed of, or can be dreamed of, in any philosophy [to be read Science].

To fill a cow horn with manure, burying it, digging it up and diluting it in a homeopathic-like process to then spraying this mixture into the fields in order to promote the development of plants crops may indeed sound strange.

The origin of this and other procedures related to biodynamic agriculture lies in the thought of Rudolf Steiner, the father of anthroposophy.

This more than a method of agricultural production is therefore a philosophy that believes in the “vital energies” infused in inanimate matter.

From a practical point of view, biodynamics has some similarities with organic farming, from which it differs in the presence of “esoteric” practices, including the use of certain “preparations” as well as attention to the phases of the moon and the positions of the planets in the constellations of the zodiac.

After this premise, let’s get to the point.

The fact that biodynamic practices are not so strange, as people want to believe, has also been noticed by Science, that is the industry applied to agriculture.

Haven’t heard of biostimulants yet?

If you haven’t, it’s one of the hottest topics in agronomy right now!
The first edition of the National Meeting Biostimulants 2020 promoted by Sagea Group took place on October 16th in Alba.
The title of the meeting was: “Strategic Biostimulants for the future of agriculture”.
There were more people outside the hall than inside, so much was the interest of the topic!

Are you looking for a brief definition of biostimulants? Here you go: Materials other than fertilizers that promote plant growth applied at low doses.

Don’t you have the feeling, at this point, to hear an echo, to have a deja vù?

Listen to what says one of the most prominent researchers in this regard, Antonio Ferrante, professor at the University of Milan:

Biostimulants are technical means a bit particular as they first conquered a slice of the market through tests directly in the field and just later have arose scientific interest. At the beginning, the various research centers, including universities, were a bit skeptical because the scientific method could not be fully utilized. Then, over time, as there was a considerable demand for these new technical means, with the explosion of demand, they moved from an evaluation of their application in the field to a real study.

Antonio Ferrante, professor at the University of Milan

As a great showman, Renzo Arbore, once advised: “Meditate people, meditate ….”.
In short, the vituperative biodynamic practice, thrown out of the window, comes back in through the door, or rather the front door!

Of course the industry, and above all Science, cannot be lowered to the practice of cow horn and the equally vituperative homeopathy.

Research on the main biostimulants currently available in agriculture, i.e. humic substances, seaweed extracts, protein hydrolysates, silicon and microbial products such as mycorrhizal fungi and nitrogen-fixing bacteria, and the effects of their use on cereals, oil and protein crops, in horticulture, fruit and viticulture

is such a beautiful speech that however refers, mutatis mutandi, to compounds that seem very similar to those present in the famous horn manure!

And here the echo becomes even stunned.

If the parallels between the practices of biodynamics and those of the most advanced industry are such that they risk overlapping, why attack biodynamics?

Because the industry loves to wipe out its antagonists, whether they are important or not, big or small, dangerous or not for its business! And how does it do it? With an old and consolidated strategy.

By sending forward informants that misinform, with scientific credentials!

The best way to be certain of winning a war is to ensure victory even before starting to fight: this is the founding principle

Sun Zu, The Art of War

What can I say: let’s hope that the attack will wet the dust of the Science and the industry that supports it!

PS. I am an organic food processor, not a biodynamic one.
So why do I write about these things?

Because I try, how much as I can, to fight hypocrisies, falsehoods, bad and pseudoscientific information, artfully made to confuse, if ever there was the need, the ideas.

As Jack Folla, a DJ broadcasting from his cell on death row from the Terre Haute prison in Indiana (USA), says to his listeners : “My adored fried brains“.
Precisely not to be of this game, but to convince someone else not to be!