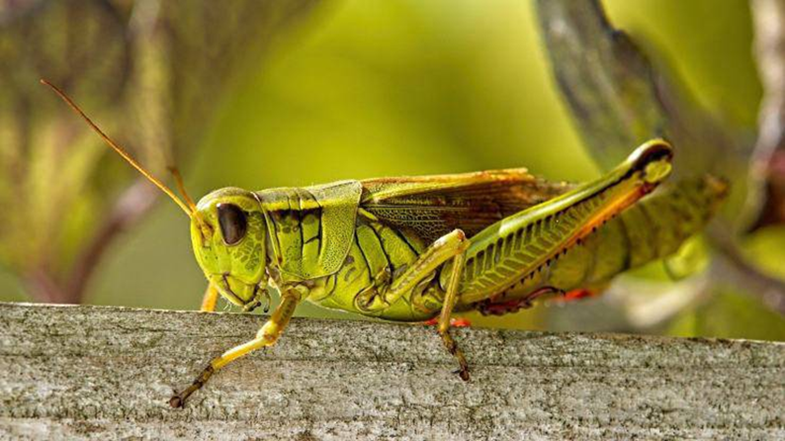 We no longer need to eat either animals traditionally bred in our tradition, nor those more exotic including insects.
Science and research free us from eating habits that for mankind are lost in the mists of time, thousands or perhaps millions of years ago.

Listen to the amazing news of the most advanced scientific research, we read from the “Quotidiano libero” on Sunday 13/11/2022:

«We reimagine the future of food», reads the website of Remilk, «creating a true cheese factory without a single cow, bringing a message of hope and joy to our planet, to our body. And to the cows».

With false milk -free of cholesterol, lactose and hormones – in Denmark they prepare to produce cheese and dairy products.
The Remilk facility is located in Kalundborg, a town on the island of Zealand.

There are many companies ready to bake meat grown in the laboratory and are scattered practically on five continents.

The closest to us is located in Wadenswil, Switzerland, specifically in the canton of Zurich.

It’s called Mirai Foods and is a startup founded by two young researchers, Christoph Mayr and Suman Dasche have patented a technique that can obtain 1,000 kg of meat from a serum containing a few grams of bovine stem cells.

The process takes place in a bioreactor, machinery that can provide an environment adapted to the growth of biological organisms.

«Starting with quality salmon sushi, Wildtype is at the forefront in cell farming to grow delicious cuts of fish, without having to fish them».

This is what the wildtype, a Californian company that has been working for years on the «cellular cultivation» of salmon and more, writes on the entry page of its website.

So far, reports from the headquarters located in San Francisco, the biotech company has raised $100 million in direct funding, with the goal of entering production in the first half of 2023.

Negotiations are underway with Snowfox, which runs 1,200 sushi bars and Pokéworks, which has 65 restaurants in the USA.

Also in California, but in this case in San Mateo, the Zero Acre Farm, has been producing for over a year an oil “cultivated” that, however, has nothing to do with olives and even with oil seeds such as sunflower or peanuts.

It is in fact the fruit of a fermentation.

“Instead of producing the carbon dioxide that makes bread ferment and carbons beer, or lactic acid that gives the mother paste and yogurt their characteristic taste, an oil culture ferments natural sugars into fats” declares Zero Acre Farm on its blog.

From San Francisco Bay comes also synthetic honey produced by Melibio, however, unlike other biotech companies of explanations on the process that leads to the final result.

The startup founded in 2020 by Darko Mandich, a former executive with a solid experience in the food industry and Aaron Shaller, an amateur scientist and chef, let it be known that its honey “has the appearance, the taste and behaves like bee honey“, is “made from plants and natural ingredients, shares the health benefits of animal honey”, and is “100% vegan”.

Which plants are used and which processes are not known.

Nestlé is committed to developing affordable foods and beverages that incorporate nutritious plant proteins to help people achieve an adequate and balanced diet.

With this in mind,  Nestlé has developed a shelf-safe, powdered vegetable protein blend to supplement egg dishes in Latin America.

When cooking their favorite egg dishes, people can replace some eggs with the nutritious soy-based vegetable protein blend (sic!).

Nestlé has developed a preservative protein powder blend to complement egg dishes. The product is enriched with iron to fill one of the main deficiencies of micronutrients.

The new world has arrived

But you don’t find all this fantastic, truly stellar, beyond every wildest fantasy.

The new world of Aldous Huxley is already among us!

A magical world, where man can now create food abstracting from the direct intervention of nature.

Taking possession of the most vital gesture for the individual and for the whole species: feeding.

We’re all in Star Trek

Back to the future, in Star Trek, we are on the Constitution-class starship USS Enterprise (NCC-1701), with Captain Kirk and the Vulcan Spock and especially with the molecular matrix matter replicator.

Here, the replicator is capable of recreating all varieties of food, modeling matter at the molecular level and producing and, from raw matter, inert and easily stored, any substance.

As for organic matter, the cellular structures are reproduced in full; however, the various cellular organelles (mitochondria, chloroplasts, etc.) are not complete and do not possess their original functionality.

Inside the nucleus, the genetic material is not organized to form DNA chains. That explains why the replicators can’t produce anything alive.

The man of the 21st century challenges the gods in a stronger and more successful way than a Prometheus, an Icarus and many other mythological figures that preceded the year.

Great Jupiter, what a story!

But it’s science fiction from the past

Frankenstein is one of the myths of literature because it has its roots in human fears: it is likely that its success is due to the figure of the monster, an expression of fear at the time widespread for technological development.

The “creature” is the example of the sublime, of the different, which as such causes terror.

And from the creature was born the saying “the food of Frankenstein”.

The food of Frankenstein

Until recently, this food identified only genetically modified plants and animals (GMOs). Here are some examples:

Shows excellent resistance to cold, thanks to a gene taken from Arctic fish

Produce more honey and do not sting

But food created with GMOs no longer represents the frontier of scientific research, Frankenstein has evolved: the food has become synthetic.

“For the first time in the United States “meat” in test tubes has been authorised for human consumption.

To give the news are Coldiretti and Filiera Italia after the announcement of the Food and Drug Administration (FDA) to have approved a meat product obtained from animal cells proposed by Upside Foods, a company that produces “chicken” synthetic collecting cells from live animals that are multiplied in a bioreactor.

Draft – emphasizes Coldiretti and Filiera Italy – of the first authorization to the human consumption of foods in test tube released from the American food authority that risks to open the way to worrisome scenarios.

Founded in 2015 as the world’s first meat-tube company, Upside Foods, based in Berkeley, California, produces synthetic “meat”, “poultry” and “seafood”, and has raised funds totaling $608 million, including from Abu Dhabi Growth Fund (ADG), Bill Gates, Richard Branson, Kimbal and Christiana Musk, Cargill, Baillie Gifford, Future Ventures, John Doerr, John Mackey, Norwest, Softbank, Temasek, Threshold, Tyson Foods and others.
The approval in the United States could soon open the way – according to Coldiretti and Filiera Italia – to “synthetic foods” in the European Union where already at the beginning of 2023 they could be, in fact, introduced the first applications for marketing authorisation involving EFSA and the EU Commission.

A worrying novelty against which is lined up 75% of Italians who would not be willing to bring to the table in the dish the “meat” of Frankenstein according to the latest data from the Crea, the Council for Research in Agriculture and economic analysis.
This is why the great mobilization of Coldiretti, Filiera Italia and Campagna Amica against synthetic food started in Italy, with the start of the collection of signatures throughout the national territory to stop a dangerous drift that puts at risk the future of national food culture, the countryside and pastures and the entire food chain Made in Italy.

The petition can be signed in the Coldiretti offices, in the farmers’ markets of Campagna Amica and in all the events promoted at national and local level.
The goal is to promote a law that prohibits the production, use and marketing of synthetic food in Italy, from “meat” produced in the laboratory to “milk” without cows to “fish” without seas, lakes and rivers.
Products that could soon flood the European market on the push of multinationals and hi-tech giants.

As for the laboratory “meat” the truth that is not advertised is that it is not meat but a synthetic and engineered product, it does not save animals because it is manufactured by exploiting the fetuses of cows, It does not save the environment because it consumes more water and energy than many traditional farms, it does not help health because there is no guarantee that the chemicals used are safe for food consumption, it is not accessible to everyone because it is in the hands of large multinationals.

And what do we want to eat? 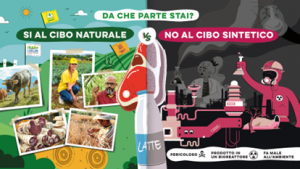